Celebrating International Day of Women in Science with Pavithra Viswanath 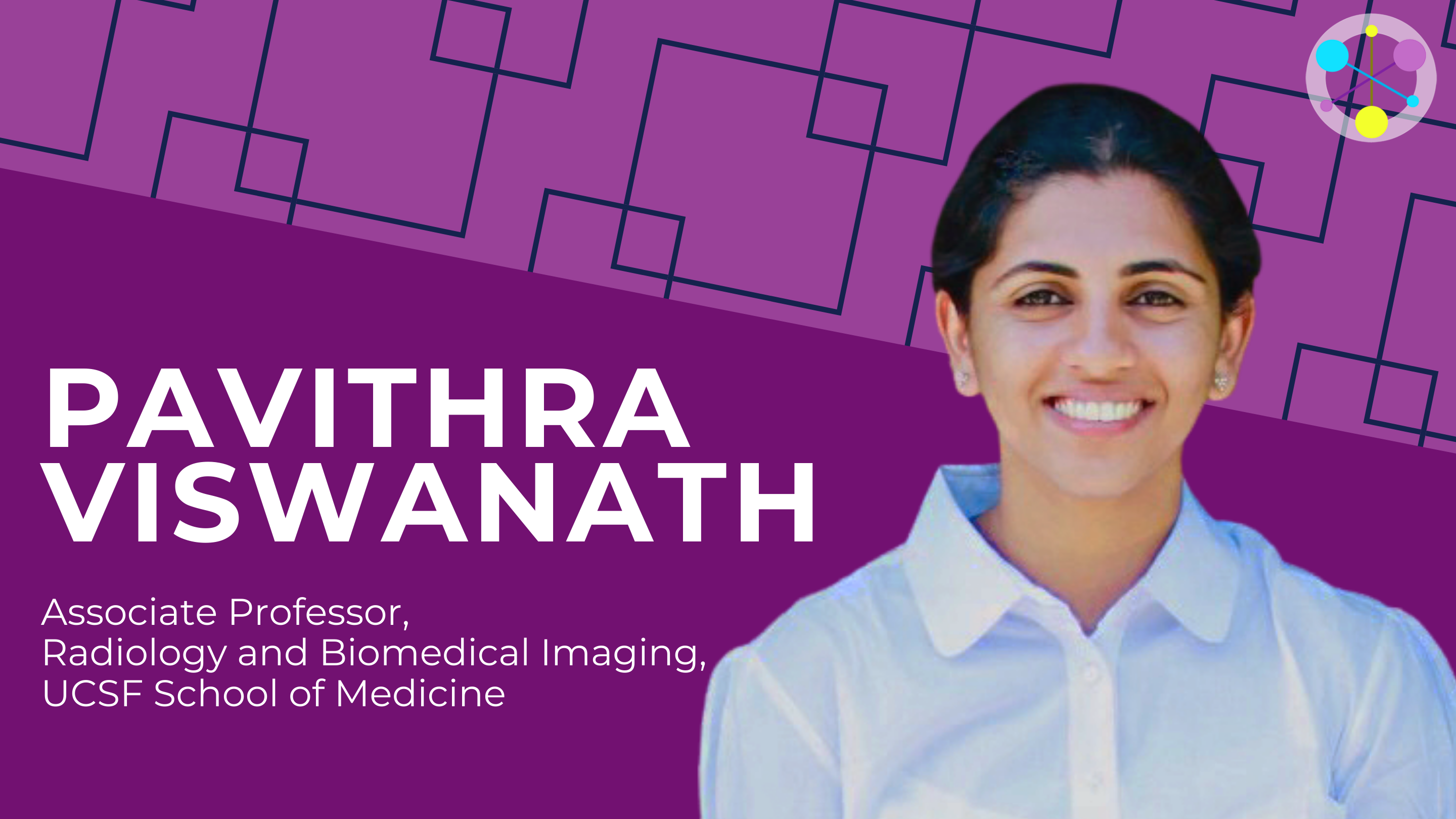 For International Day of Women and Girls in Science, QBI is drawing attention to the the important roles women play in science, and the continuous need for more diversity in STEM. We asked four QBI women who have recently started their own labs, including Pavithra Viswanath, to share the challenging as well as encouraging experiences they face in their careers.

What research area do you focus on?

My work is focused mainly on cancer metabolism. My lab is interested in trying to understand the metabolic reprogramming that goes on in cancer cells. It is now clear that in the last, at least 10 years, there have been many advances in genomics and epigenomics in cancer. We now understand what are the really clinically relevant mutations that drive cancer in patients. Essentially, we figured out that what is driving tumorigenesis also drives metabolism. What many of our studies show is that we can use this understanding of metabolism for two things. On the one hand, you can target metabolism. On the other hand you can use an understanding of metabolism to devise metabolic imaging strategies. So methods of non invasively visualizing this metabolism allows us to see the tumor and see if it's responding to therapy. We believe that if we can monitor metabolic events, maybe we'll be able to detect the tumor earlier, and also maybe show that the tumor is responding to therapy earlier than you can see by just watching for tumor shrinkage in an MRI.

What inspired you to explore science and how long have you been in the field?

I believe that there's a lot of advantage to be gained by marrying different disciplines, because the work we do in our lab is very interdisciplinary. We have biomedical engineers who are very good at imaging, and then we have chemists and neurosurgeons and biologists. I believe that by getting different disciplines together, we can actually do more than each of us can do alone.

I've been at UCSF for about seven years now, working on metabolic imaging and metabolism. For me it has been a very twisted career path. I did my PhD in biochemistry from the Indian Institute of Science in Bangalore, India. Once I finished that, I wanted to give academia a rest and try and see what it was like to do science in the pharmaceutical industry and see what it takes to take a drug to the clinic. So then I joined AstraZeneca and worked on infectious disease projects for about six years. And then I realized that it's amazing to work in the industry because it tells you what it takes to actually take something to the market to bring it to the patient. Then I decided to give academia a chance and have a lab of my own, where I could explore ideas of my own. I started working with Sabrina Ronan at the Department of Radiology here and it's been an amazing journey. I've learned so much and now I have a lab of my own.

Did having female mentors influence you at all?

I would certainly say yes. Having Sabrina as a mentor has been very good. She's been the kind of person who has been very honest with her feedback. She has also made work-life balance a little easier. When I joined her lab, my availability was not as flexible as other people who didn't have kids. You know, I already had two kids when I joined her. But certainly, having a female mentor has helped. Even in the industry, I think I've been fortunate enough to have female mentors. I think the biggest value there is, is setting an example. Otherwise, you look around and you see men occupying positions, who may not have so many childcare responsibilities, and they obviously deserve it and have worked for it, but you know, it can be hard. Sometimes you can wonder whether it's really going to be possible to make it. So I think we definitely need more women in leadership positions, at least, to set an example and to show people that it is possible.

What do you think can be done to encourage more diversity in STEM?

I think we need to have more outreach; a way of reaching kids, especially girls and women of color, to give them inspiring ideas. My own kids are fascinated by sports and arts, because those fields have a lot of visibility, and kids pick that up very easily. But is there is less awareness about science, especially with the pandemic. Now, I think you can see how important biomedical research is, right? Especially living in the Silicon Valley, there's a lot of awareness about coding and stuff, but I think less about biomedical research. I think there needs to be ways to reach out to kids and make it fun and creative for them through science fairs, hackathons, or trivia events to generally show them it is not boring, but actually very meaningful.

Would you say that you've encountered any sort of gender diversity or discrimination in your field?

I've been very fortunate. I've had male and female mentors and they've all been extremely supportive, which is, I guess one reason I've managed to have a lab of my own and have what I would hope is a successful career. So I would say that across the board, you need it from both sides ... both male and female mentors to be supportive. I've certainly witnessed gender discrimination. I've seen people who are hesitant to hire women of childbearing age, because they might have to take off once they have kids. With older women, you know, sometimes the problem is that the attitude becomes one of, "Oh, I've done it, I've been through it, I've handled all these things. Why can't you do it.?" I think it is important, especially as women to keep in mind that maybe we've been able to do something, but that's also because we've had support that other women necessarily don't have. So I think it's always important to keep in mind that everybody doesn't have the same path, and just try to hold on to that sense struggle. It's easy to forget the struggles you went through once you've arrived at some place. But I think it's important to keep that in mind.

Do you think that women bring a unique role to science, particularly those with mentorship roles? What has it been like for you to run your lab?

I think women have an important role to play in setting expectations. We struggle with work-life balance, especially now during the pandemic. My husband and I are both at home. And there's online schooling. We both have to be flexible about helping out with the kids. But I also find that at least with my younger son, he tends to interrupt me more than he interrupts his father. And it's not because his father doesn't want to pitch in, right, he does. But it's just more natural for him to come to me. As I've started my lab in the middle of a pandemic, one thing I've liked is the fact that I've tried to be more conscious of letting my kids jump into a Zoom meeting. I think it's important not to shoo them away, but you know, let them be there because people need to be more aware of the fact that, yes, there are kids at home and women do have childbearing responsibilities.

I've seen senior women take Zoom calls in the middle of coaching their kids and I think that has personally made me feel better. To be honest, initially, I was very hesitant to let my kids come into the Zoom meetings, but seeing other women in senior leadership roles set this example of having their kids in the meeting with them made me realize it is important to set that kind of example.

Would you say there have been positive changes that have happened for women in science?

I would say that right now, having a female Vice President who is also a woman of color is a big change. It's rather anticlimactic, considering that we're in 2021 ... I think it's way overdue and should have happened a decade earlier. But the good thing is that it has happened. So I think that's probably the biggest, most positive change. It's exciting that she's a woman of color and has a mother that was a breast cancer researcher. So I think, you know, these things are very encouraging to have as it brings that awareness out there overall, that you can have women in leadership positions, whose mothers have obviously set a great example for them. I think that's a very exciting development.

I think women have a huge role to play. I mean, I'm the mother of two boys. And I would hope that, you know, they would grow up to be men who are equally supportive of their wives' or their daughters' careers, right. I think as women, we set examples, not just for other women, but also for the men in our lives. My husband has been very supportive of my career, my father has always been very supportive. So I would hope that my kids see that, and they grow up to be men who are very supportive of women's rights, their education and stuff like that. So, you know, that's another small thing that doesn't always get highlighted, but I think is a way that women can contribute indirectly by influencing the men in our lives.

What would your advice be to a female who may be entering the STEM field?

I would say that the first and most important thing is don't let anyone convince you that you can't do something. That's probably the biggest advice I would give. What I would say is that scientists tend to be very liberal in their thinking, but still, we all do tend to have our own ideas about what is possible and not possible. In my personal experience, I started out as a biochemist and had nothing to do with imaging. Then I came to Sabrina's lab and I picked up the imaging and there were times I think that others have wondered, "What's the biologist doing in an imaging field without a degree in MR physics" or something like that.

I believed and continue to believe that as long as you want to learn something, you can learn it and contribute meaningfully. And so I think it's been very exciting for me to combine my skills in biology with skills that I've acquired in imaging and do some interdisciplinary work that I think is very exciting. So what I'm trying to say is, don't let anyone convince you that you can't do something simply because you don't have a long background or experience in it.  What matters is that as long as you have the passion to learn, you can contribute as well as anyone who has a degree or a background in a particular subject. So my advice to anyone who's sitting out in the new field is believe in yourself. And as long as you can learn, you can do it.