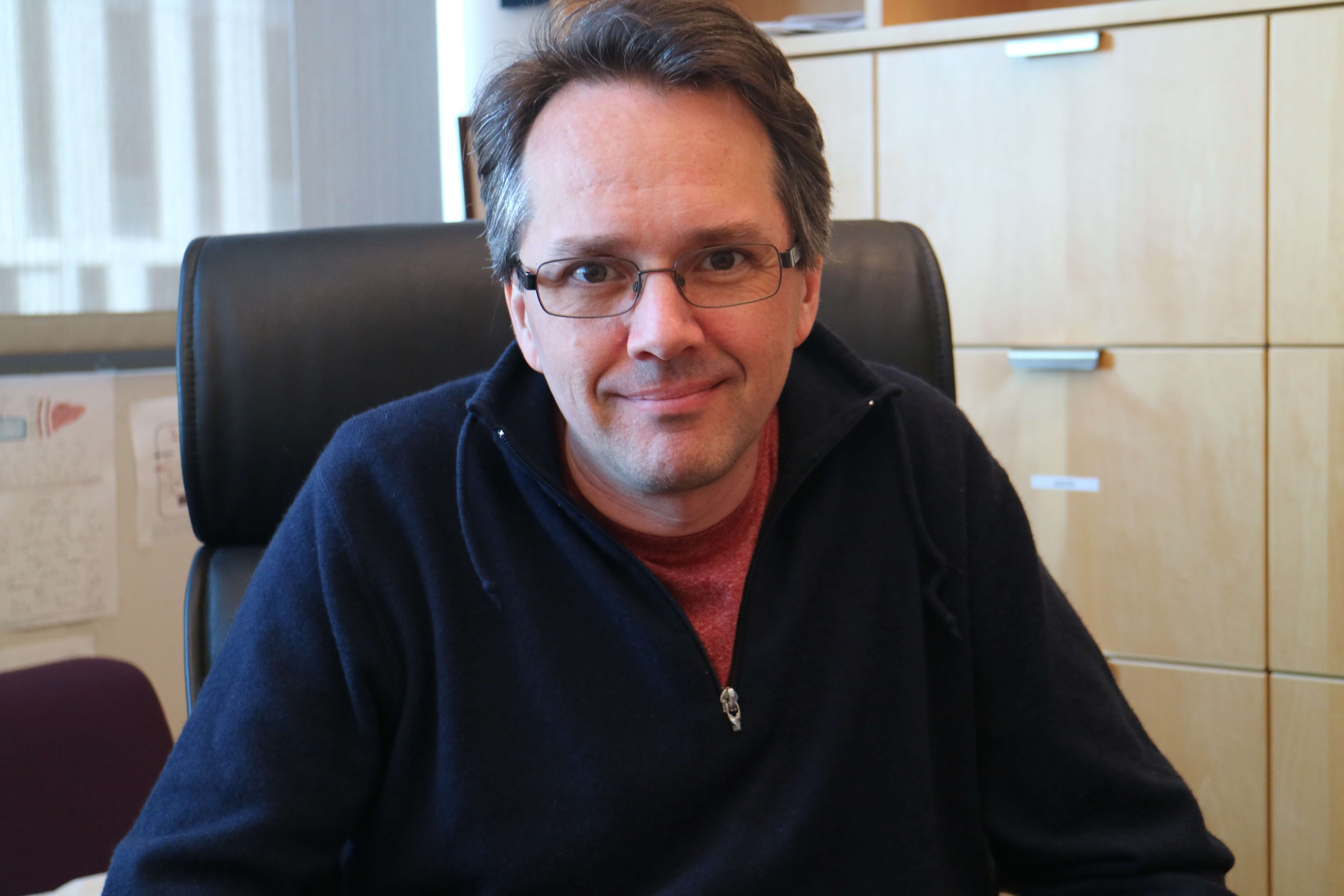 Q: What do you do in your work?

A: Most of the actual work we do on society as a whole has to do with drug discovery and primarily developing new computational methods for drug discovery and trying to solve particular challenges in that field. Because we develop general tools it can be applied to almost every area of drug discovery. The software is used by essentially all of the major pharmaceutical companies.

A: There aren’t many jobs in the world where you can come in in the morning and think of a good idea and start working on it by the afternoon. It’s a real privilege to be able to do that. At the beginning of my career I was very much a basic scientist, driven only by curiosity, but as time has gone on, I am more interested in working on problems where there is a chance to make a direct impact on human health.

Q: What have you created or discovered that you are most proud of or excited about?

A: Right now most of my work, both academic and non-academic, is focused on neurodegeneration, which is a field that desperately needs new approaches and ideas. I try to work on new potential targets for these diseases, which I think is the main challenge right now. With something like Alzheimer's, there has been billions of dollars spent on testing one hypothesis that didn’t work out, so there is a lot of room to try something new at this point. That’s a good job for academia to work on.

Trials cost a tremendous amount of money, and our last trial failed pretty recently and it was kind of the last best hope for the secretase inhibitors for Alzheimer’s. But because that failed, I think it means that everybody is ready to move on and try a different approach.

A: Particularly as time goes on, some of it is just being directly involved in developing drugs that are in the clinic or on their way to the clinic. Drug discovery has a very high failure rate because it’s so complex, so it’s impossible to know whether a good idea will ultimately have a beneficial impact in human health. But when it does, the impact of that dwarfs everything else that I’ve done as a scientist.

A: I don’t think any of us have a whole lot of time outside of work, but I’m lucky to have my son. He was born not too long after I started this job, and I think that’s been helpful for keeping me sane and having some balance in my life. Otherwise it’s very easy to get completely consumed by the job.

When you’re young and you're a postdoc you can work 80 hours a week. But when you’ve got a kid, it kind of forces the matter and that’s probably a good thing.

Q: What situation do you think you’d feel the most out-of-place in? What is something that makes you uncomfortable?

A: In terms of jobs it would be anything that is focused on people, sales or something where being an extrovert is required. There are extrovert scientists… I have a few in my department, but I’d say they’re a minority.

A: That’s a hard question. If you have a successful career in science, I think it should still have some impact 50 years later. But you also hope that in some sense it doesn’t, because you want people to move beyond what you achieved. I’ve already seen that with some of the first software I wrote. At the time it was a big step forward, but I’d be really disappointed if it were getting obsolete at this point, 18 years later. Finally it’s starting to. So I think measuring impact in science is tricky and complicated, but ultimately that’s why we do it and we don’t do it in a vacuum. Everything that I do is enabled by hundreds of other people, so it’s hard to know exactly what my personal impact is or will be. But obviously, we wouldn’t be doing it if we thought it would have zero impact.