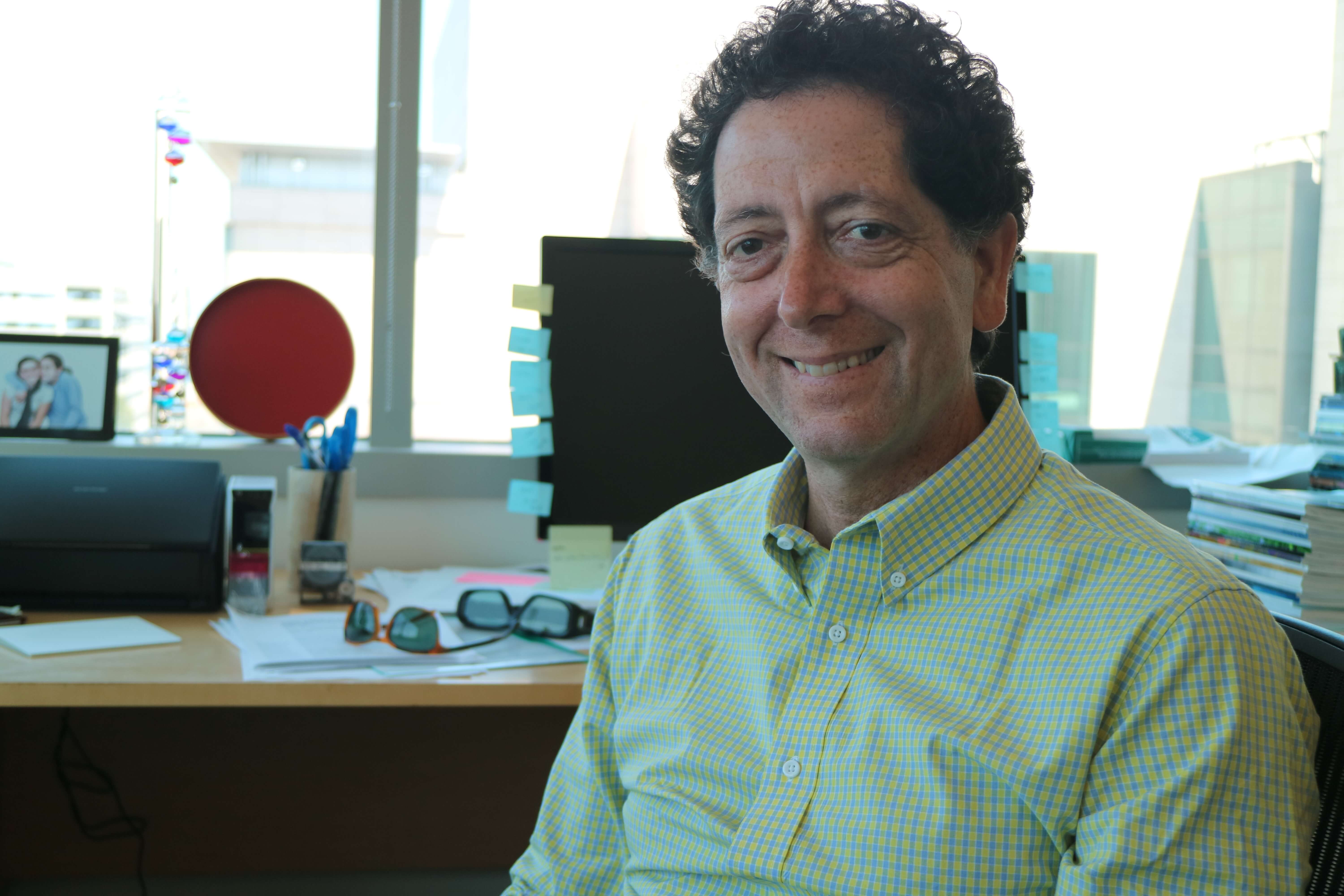 Q: What you do in your work?

We try to find new drugs that treat diseases. For example, we try to understand problems in cancer cells and try to make drugs that interrupt the incorrect signaling. Then, we look for those drugs that could kill those cancer cells.

Q: What have you created that you are most proud of?

It’s hard to say. The one we’ve been working on right now is a drug. Most drugs are thought of as a lock and a key. The lock is the protein and the key is the molecule that sort of blocks its function. But a lot of diseases are caused by the lack of an activity. For this reason, it’s hard to think of drugs that could fix the problem because drugs are not proteins; they are very small and can’t do a lot by themselves. However, we found a drug that turns on the protein that is defective in Parkinson's disease. That’s very unusual to find. If we can turn on this protein, we can keep the neurons from dying.

Q: Why does your work matter?

I think we need a lot more drugs to treat the different types of diseases people suffer from. You never know when a discovery is going to solve a problem, so you need to keep trying because sometimes, the smallest new insight could solve a new problem. It takes years to appreciate how big of a discovery it really is.

I bike ride a lot, travel and raise kids. When you travel and you’re at a meeting, you talk about science but you also talk about life and what's going on in the world. So a lot of it does center around work, but everybody does things besides work, and sometimes those conversations spark up something. I think it’s hard to spend 100% of your time on work because some of your most creative moments happen when you’re not trying to think. The best ideas I’ve had have come when I was not trying to work in front of the computer to figure something out.

Q: What situation do you think you’d feel the most out-of-place in?

Teaching something that I don’t know well or that I don’t do. Sometimes at the university, we have to teach and cover subjects that we don’t know well. I don’t like to pretend I know something. I hate when I have to pretend I know something. I learn it, but it took me about 10 years to learn it, and I still learn it just to teach it. I prefer to learn new things because I’m curious, or I want to solve a problem.

Q: What do you want to be remembered for?

I hope for having created at least one drug. But if I was greedy, I would say five! If I do not create one, I will be very disappointed. I have two in clinical trials now for cancer, so it’s not impossible. I’m not setting myself up for failure! *laughs*