Nearly 25 Million Put Towards Research to Tackle the Opioid Epidemic 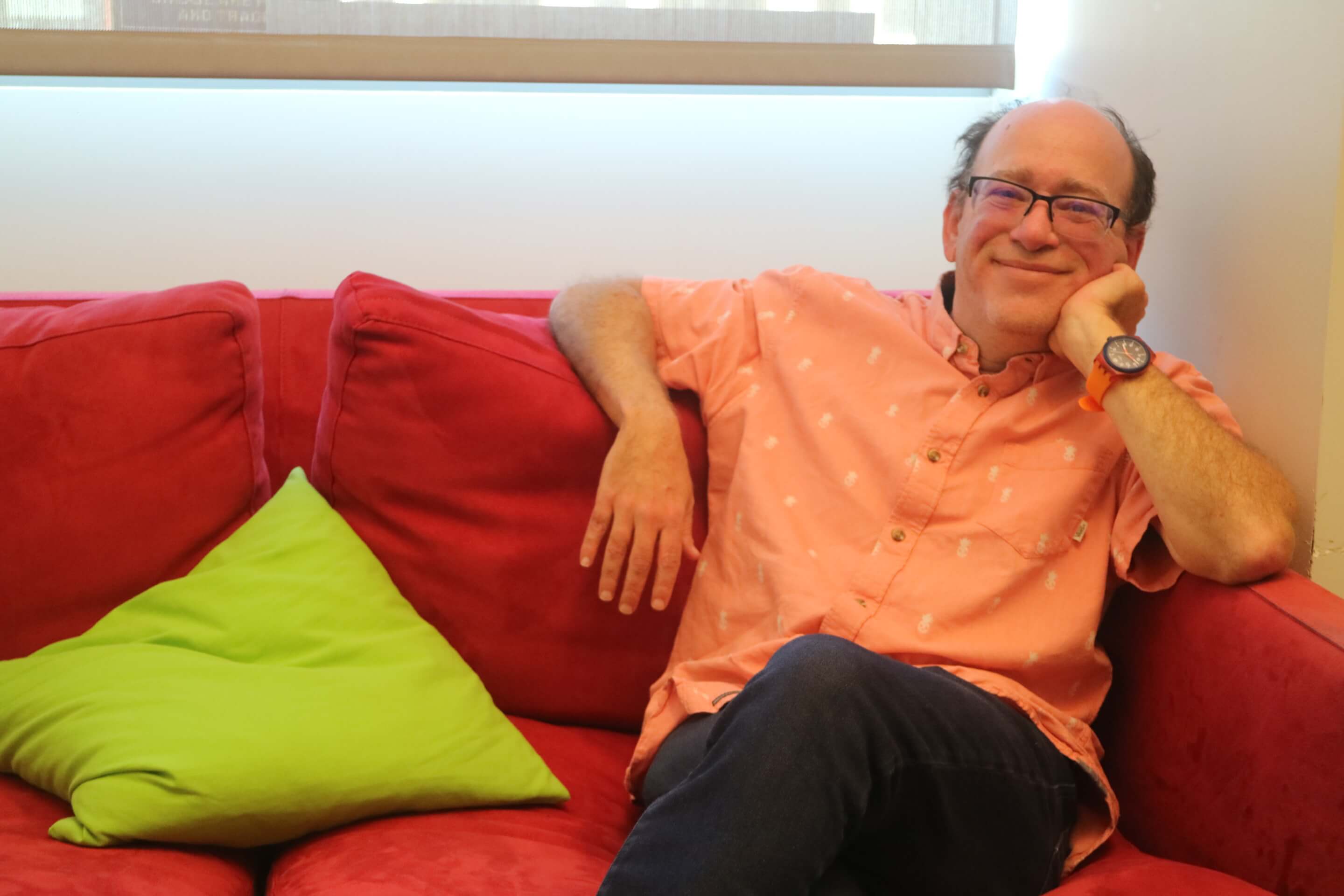 A group of scientists received a $24.7 million grant from the Defense Advanced Research Projects Agency (DARPA) in September to take a stab at eradicating the opioid epidemic by exploring new painkillers with fewer adverse side effects.

The project starts from scratch, by targeting new molecules against the structures of new pain receptors, using a technique called molecular docking (Shoichet, Irwin labs). This screens more than 1 billion new-to-the-planet molecules for fit to the new structures, in a molecular version of puzzle-piece fitting. The pain receptors themselves often have never been targeted for pain before. By measuring the effects on how the receptors signal in cells (Roth lab), and how the receptors interact with other components of the cell (Krogan, Von Zastrow and Huttenhain labs), the team hopes to advance the new molecules and their optimized analogs (Jacobson and Manglik labs) into animal behavior studies (Basbaum lab).

Dr. Shoichet spoke to QBI’s junior media coordinator, Alexa Rocourt, about his motivations for this innovative endeavor and the promising outcomes he expects will come from it.

Rocourt: How did you feel agreeing to this project?

Shoichet: At first, I said no. The grant process was really fast and sounded pretty prescriptive and I wasn’t sure it was what we wanted to do. After some back and forth I applied. I felt like there was more flexibility in the system than was written on paper. There was a tacit understanding of what we could really do, how we really worked and that DARPA could work with us on that.

Also, I am working with my friends who are the best in the world at what they do without exception. The team is amazing, we have really new technologies and we are working on things that have never been done before. If you had to think of five people in the world who were experts in pain, for example, Allan Basbaum would be one of them.

Rocourt: Why is your approach to explore new analgesics with fewer adverse side effects a unique one?

Shoichet: The scale of what we are doing has never been attempted. We are screening billions of compounds as opposed to the usual million, so it’s a big step. I think it is really going to change things. We’ve done some preliminary studies that suggest it could be really powerful.

If everything goes well, which never happens, I think we’d be six years away from testing it on humans. But there are milestones along the way.

Rocourt: Why has this approach never been attempted before at this scale?

Shoichet: Well polypharmacology is hard and now we are also using proteomics to help us figure out which 2 targets we can use. A lot of the primary pain receptors are on the membrane of a cell and doing proteomics on those parts of the cell have been technically demanding. It’s just hard to do.

If you focus on just one target you can optimize the molecule. Each receptor might need different lifetimes and distributions in the body. When you start targeting more it gets more complicated. It’s hard enough getting that molecule to be perfect for one receptor, so with two it’s even harder.

Rocourt: How do we know the science tested in mice will have an impact on humans as well?

Shoichet: There are some classes of drugs where the mouse models are really tricky, like depression. How do you know that the mouse is depressed? They just don’t have the range of emotions that we have, and even if they did, how would we know? We basically test for “when do they give up?” We put them in water and see how long they swim before they give up. The sooner they give up, the more depressed they are. It’s standard, it’s well accepted, it’s a bit of a stretch.

Pain is different, though. We feel pain. Pain goes back pretty far in evolution and the behavioral tests for pain are fairly complicated and highly controlled and what I’m learning is that it’s a very sophisticated enterprise. But it seems much simpler than depression or narcosis. Like when the mouse withdraws its paw from the hotplate, that’s a pretty good indication that they are sensing heat. The pain assays are fairly direct.

As the molecules get taken forward, we will test them on different animals. But the mice have a lot of advantages. They are genetically controlled and they work in vitro. They are model systems for this type of behavior.

Rocourt: What are some challenges you anticipate?

Shoichet: There are so many. Getting the pharmacokinetics (the distribution and metabolism of drugs within the body) right is a huge enterprise. Because you could get a molecule that is potent on the receptor but it is metabolized too quickly or not quickly enough. Or it’s not metabolized too fast or too slow, but when it is metabolized toxic species submerge. Or it looks really perfect but it doesn’t get into the brain or it concentrates too much in the brain. You solve one problem and another one pops up and it’s in some multi-dimensional space. So, it’s challenging but it’s also exciting. I don’t feel depressed by it I just feel like it’s a bunch of cool problems to solve and we’re in a really good place to do it.

Rocourt: So, it sounds like you are trying to get people off addictive drugs by making them take more drugs…?

Shoichet: Our work won’t treat addiction; that’s not what we are trying to do. It will provide painkillers that are non-addictive. If you dust all the details away, we want really new chemistry that acts through really new mechanisms to treat pain without conferring addiction. That’s it.

Rocourt: Would your drug have its own set of unwanted side effects?

Shoichet: Remember there are multiple analgesics and each one has their own profile. The opioids (fentanyl, morphine, oxycodone, etc.) lead to constipation, respiratory depression and addiction. There is stomach bleeding from aspirin, Advil and ibuprofen. The truth is, there is almost no effective drug that does not have side effects. If you hear about a drug that has no side effects, that means it does not work. I’m sure ours will have side effects too but hopefully they won’t be side effects that kill you and lead to addiction.

Rocourt: When you say your drug will treat pain, do you mean pain caused by anything?

Shoichet: Good question. No, different ones will treat different types of pain. Because there are all types of pain, such as acute pain, chronic pain and inflammatory pain, some can be treated with just peripheral molecules that work on the periphery and don’t get into the brain, which would have fewer side effects, but sometimes you have to get into the brain.

If we can come up with molecules that treat some sorts of pain that aren’t addictive, that would be great. We don’t have to solve everything.

Rocourt: Would this drug be widely accessible and affordable?

Shoichet: Ok so now we get into the economics of drug discovery… in areas like cancer, where you’ve got a new drug where there are no other drugs, or an orphan disease (a genetic disease) with a small population where there is no other treatment, those drugs can be expensive because they are very reliant on it. For pain, there are a lot of other alternatives. You can always use morphine or codeine or, God help you, oxycodone, to treat pain… or Advil. So, if a company comes in and prices our drug way too high, people won’t use it. However, saying “this stuff won’t addict you” is a big advantage.

The problem when existing molecules is not that they don’t treat pain. They treat pain but they are addictive and if you take too much they kill you. You stop breathing. The receptor for morphine is expressed in all sorts of regions of the brain, including the respiratory center and turns off its signaling and you stop breathing.

Rocourt: Overall it sounds like this work will consist of many trials and errors. How are you feeling about this challenge now that you have started tackling it?

Shoichet: Pain is amazing. If I ask someone whether there is someone in their family who is suffering from cancer right now the answer, more often than not, is no. If I ask them if they know someone in their family suffering from pain right now the answer is usually yes. Pain is something that people encounter pretty often and it can change your life, be debilitating and change your personality. It is under-treated because to suffer from pain is to admit a weakness. It’s not treated like a disease. If someone has cancer they are not considered to be morally weak. But if someone says “I’m in pain” you think “toughen up” and meanwhile it’s changing their lives.

We are trying to develop new technologies that will change the way people do things, so we are excited about that.

Rocourt: Great, thank you for your time.