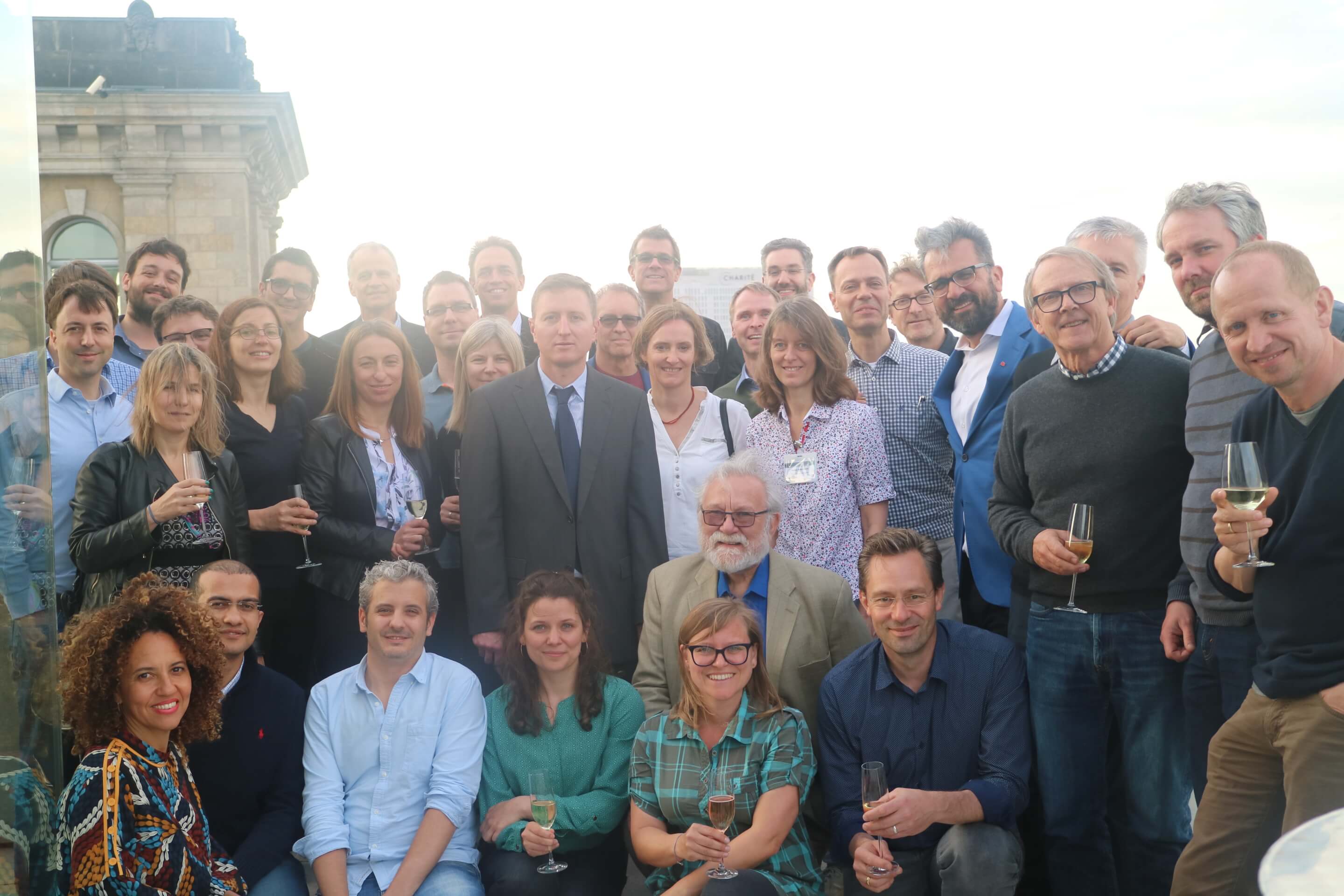 Photo: Scientists from San Francisco and Berlin gather for a group photo at the Reichstag in Germany.

A recent overseas gathering between scientists from San Francisco and Berlin emphasized that missing pieces to big biological puzzles are sometimes found across the world.

With a continuous passion for fostering collaboration and cultivating cutting edge science, the Quantitative Bioscience Institute (QBI) joined forces with Freie Universität Berlin (FUB) in May to launch their first joint symposium in Germany, co-organized by Drs. Christian Freund and Nevan Krogan.

The three-day meeting focused on elevating mutual interests and collaborative potential between scientists in Berlin and San Francisco, to ultimately strengthen the bridges between the international experts and the parallels in their work. Presenters discussed many aspects of biology, ranging from applications of novel technologies, research of fundamental biology to studying mechanisms of different diseases like cancer and infectious diseases.

“Oftentimes scientists are siloed and get very focused on their specific problems. When you bring together scientists who are working in different disciplines but are looking at similar problems in a slightly different angle, I think that is where the big breakthroughs come in,” said Nevan Krogan, director of QBI. At the end of the day, he said, all scientists are interested in important biological mechanisms and all of their tools can be brought to bear on essentially any biological or biomedical problem.

Christian Freund, professor of biochemistry at Freie Universität Berlin, highlighted the importance of exchanging ideas and expertise. “We are aware that we need hypothesis-driven research as well as quantitative experiments and that these need to be combined in order to get to the bigger picture. This mindset was really common between all the participants despite their very different biological questions ... It brought together people who might not have known that they were sharing commonalities,” he said.

Krogan said he thinks the symposium made a number of key connections that will come into fruition in the form of big discoveries that will have a wide range of impact in multiple disease areas.

QBI and FUB look forward to having the second symposium in the collaborative series of events in the Bay Area next year. By working towards an MOU and the raising of funds on both sides, the goal is to continue facilitating collaborations across the world that will eventually lead to joint RFAs.